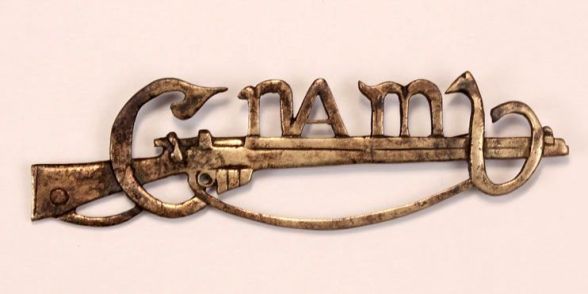 On Thursday, April 2nd, 1914, about one hundred women strolled into Wynn’s hotel in Dublin at four o’clock in the afternoon for the first of Cumann na mBan’s many meetings. The Irish Women’s Council had a lot to discuss but the one thing almost all the ladies present had in common was a devotion to Ireland and a desire to serve it.

At the time, women weren’t considered equal to their male counterparts in any real way. Only a few careers were open to them and while they could go to school and get an education, they had to prove they deserved to be there with frequent and difficult testing. Most organizations would not except women into their membership, leaving them to create their own if they wanted to be recognized for their merits and abilities. Out of this discrimination came the Ladies Land League, Inghinidhe Na hEireann and finally, Cumann na mBan.

It is no small irony that some of these women’s groups were just as militant and devoted, if not more so, than the male organizations that had refused to have them. Cumann na mBan was born as a direct result of the formation of the Irish Volunteers, who did not allow women in their ranks. Their original goals, as decided that day in Wynn’s were:

1. To advance the cause of Irish liberty

2.To organize Irish women in the furtherance of this object

3.To assist is arming and equipping a body of Irish men for the defence of Ireland.

4. To form a fund for these purposes to be called the ‘Defence of Ireland Fund’.

The women also decided that the group would not be political – that is to say, they would not discuss politics at their meetings and they would not align themselves as a group with any one political party. They would stay true to any that fought for the freedom of Ireland. They agreed that while their main goal would be to get arms for the Volunteers, they too would learn how to use them. It was common for a woman of Cumann na mBan to know how to shoot or how to handle explosives, as well as how to travel undetected. These skills were vital during the 1916 Easter Rising and it is estimated that there were over 200 women involved in the fight – most of whom were members of Cumann na mBan.

After the Rebellion, Cumann na mBan became even more militant under the leadership of Constance Markievicz. They were largely against the Anglo Irish Treaty and hundreds of its members were imprisoned by the Irish Free State. Their numbers dwindled drastically after the treaty and the organization was declared illegal. Though it declined, it never wavered in its goals. It is one of the only organizations that has steadfastly remained true to their goals – never wavering or compromising in their beliefs.

In more modern times, Cumann na mBan sided with the Provisional Irish Republican Army over Sinn Fein in the seventies. Later, in the North of Ireland, many of its members were slowly integrated into the p(IRA) once the rules on women in the ranks of the army had relaxed a little, but most still claimed the ladies organization and still marched proudly in Republican parades.

In 2014, Cumann na mBan held their 100 year celebration in the very place it was born – at Wynn’s in Dublin. Attendance was so large that it was a standing room only event.

One thought on “Cumann na mBan is born”

On this day in 1916, Sir Roger Casement, an English Knight & Irish patriot was hanged for treason against the crown. He was executed in an English jail, despite his demand to be tried in Ireland, the land of his birth & his heart.
Oh Pennsylvania, I just can’t quit you. Until I get back to Ireland, I guess this will have to do. #innthralled #friendsintheprettiestplaces #greenery #mossandstone #greenandgrey #waterandtrees #natureshowingoffagain #magicalplaces #notirelandbutstillpretty #consolation #imissirelandsomuch #eastcoastbeauty #forestfrolicking #pennsylvaniaisbeautiful #consolationprize #goingback
Follow Choosing the Green on WordPress.com