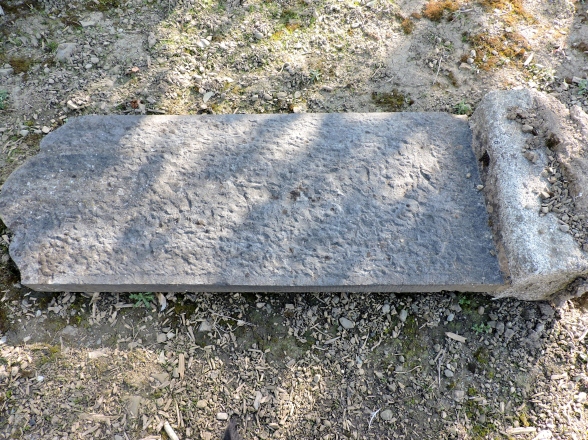 On this day 102 years ago, a large shipment of arms landed in Howth, destined for the Irish Volunteers. Many of these guns were used two years later during the Easter Rising of 1916 and without them, the Rising may never have happened at all. When the Asgard came to shore it was met by the Fianna Éireann and other Volunteers who were quick to unload the weapons and begin carting them off. They hoped to avoid the attention of the police, but their mission did not pass unnoticed. The authorities who were watching did not engage the large crowd but they did call for backup. As the Volunteers left the area they were met by the King’s Own Scottish Borderers, a regiment of the British Army. A tussle ensued but in the end, the soldiers were only able to confiscate a mere nineteen of the nine hundred guns brought into Ireland that day.

News spread quickly of the successful smuggling operation and the military’s failure to seize most of the weapons so by the time the Borderers were marching back into Dublin, crowds had already gathered to celebrate and to mock them. They antagonized the soldiers, taunting them and throwing rubbish and fruit at the column (which magically became stones in the official reports). They shouted insults and openly laughed at the troops and their failed mission. Soldiers and police officers never tolerate this kind of behavior for long (as they continue to prove to this day) and by the time they marched onto Bachelors Walk they had had enough of the hostile crowd. The soldiers turned to face the people and seconds later shots were fired directly into the busy street, hitting those who had been following them and innocent civilians alike. They followed the volley of bullets with a bayonet charge. The collective lack of self control from the army resulted in four casualties and nearly forty others were injured.

One of the people killed that day was Mary Duffy. She was most likely in the wrong place at the wrong time and there is no evidence that she had been involved in heckling the soldiers, nor that she had been anywhere near Howth. Mary was “of advanced age” and actually had a son and a nephew in the British Army, so it is unlikely that she was disrespecting the soldiers as they marched through Dublin. This did not keep them from shooting her. It’s been said that she was tending to another wounded person when the bullet hit her. She bled out on the street, along with James Brennan and Patrick Quinn. One other man died later of his wounds.

The Irish Volunteers were horrified and outraged by the shooting and so were the citizens of Dublin. Songs were written about them and “Remember Bachelors Walk” became a war cry across the country. The number of recruits in the Irish Volunteers and other Nationalist and Republican groups soared in the wake of the murders. There were massive demonstrations in the city led by community leaders and politicians and the killings garnered the attention (and condemnation) of the international media. Patrick Pearse said that these innocent deaths “re-baptized” the Republican movement, whether or not the victims were Republicans themselves. Thomas MacDonagh was appalled and angry. He believed this incident was proof that British control over Ireland would never take public opinion into account and he became even more radicalized than before. Flags flew at half-mast throughout the city and the citizens of Ireland mourned.

Mary Duffy’s funeral (combined with the others) was a massive display of mourning and militarism. Most of the city came out to line the streets and the people followed the funeral procession to Glasnevin Cemetery. They were joined by nearly three thousand armed Volunteers, who lined the streets and the pathways throughout the Glasnevin. The Volunteers were supported by their female counterparts of Cumann Na mBan, troops from James Connolly’s Irish Citizen Army, the Irish Republican Brotherhood, and the boys of Na Fianna Éireann. It was a show of solidarity with the victims, but also a show of might and a warning of what was to come. This display must have been quite awkward for Mary Duffy’s son, who reportedly attended his mother’s funeral in his British Army uniform.

When you watch this video and see how many people came to bid farewell to Mary Duffy, Patrick Quinn, and James Brennan it is hard to imagine that their memories would ever fade. This is not to say they are gone, since some still do remember them and many historians consider the Bachelors Walk Massacre to be an important catalyst in the lead up to the Easter Rising. But despite all that, this is what Mary Duffy’s grave looks like today. 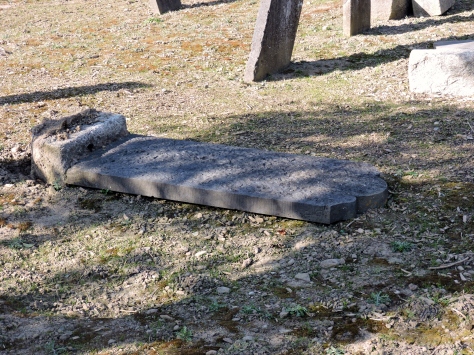 Mary’s headstone has toppled over and worn away in the years since her death. It’s impossible to verify who lies in the grave by looking at the stone. She rests in relative obscurity in one of the many plots at Glasnevin Cemetery, and it is only because we had an amateur guide who has studied the headstones for over twenty years that we knew it was even hers. Glasnevin is massive and there’s no way to take care of every grave but this should not happen to someone whose death became a publicity tool wielded by Irish politicians and rebel leaders alike. Ireland’s revolutionary history would not have been the same without those guns on the Asgard, or the fresh recruits that Mary’s death (and the deaths of the others on Bachelors Walk) brought to the cause. 102 years is more than twice as long as Mary lived, but it is still less time than it should take to forget her.