On this day, 99 years ago, the fateful decision to execute the leaders of the 1916 Easter Rising in Ireland came to fruition. The men were taken from their cells and killed for their role in the uprising during Easter week. The signatories of the new Irish Proclamation had anticipated their deaths since before the Rising began – and while it’s probably not accurate to say they longed for them, they did know that their executions would galvanize many people in Ireland.

The executions began on May 3rd and the last was three months later. By August 3rd when Roger Casement was hanged outside of Ireland’s borders, 16 men had been executed for their roles in the uprising.

he signatories were shot in the yard at Kilmainham Gaol in Dublin. Today a cross marks the spot where they were killed and ironically, the Gaol now houses a museum dedicated to many Irish Nationalists and Republicans who were once killed or jailed there. It is a booming tourist destination. 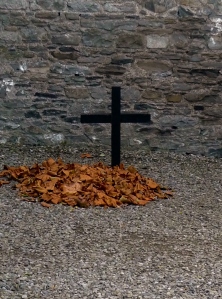