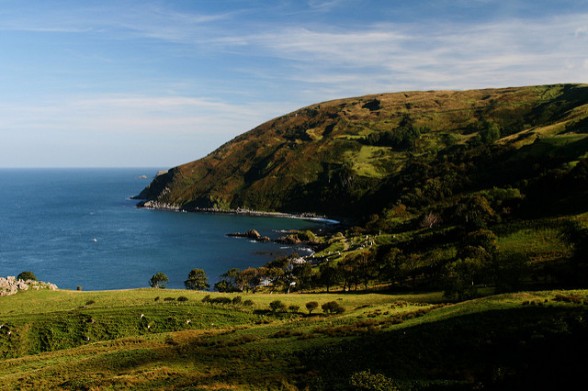 On this day in 1916, Sir Roger Casement, an English Knight and Irish patriot was hanged for treason against the crown. He was executed in an English jail, despite his demand to be tried in Ireland, the land of his birth and his heart.

He gave a passionate speech in court and proudly proclaimed himself a rebel, lashing out against the government’s charges and their refusal to send him home.  He said, “Self-government is our right, a thing born in us at birth; a thing no more to be doled out to us or withheld from us by another people than the right to life itself—than the right to feel the sun or smell the flowers or to love our kind. It is only from the convict these things are withheld for crime committed and proven—and Ireland that has wronged no man, that has injured no land, that has sought no dominion, over others—Ireland is treated to-day among the nations of the world as if she were a convicted criminal.

If it be treason to fight against such an unnatural fate as this, then I am proud to be a rebel, and shall cling to my “rebellion” with the last drop of my blood. If there be no right of rebellion against a state of things that no savage tribe would endure without resistance, then I am sure that it is better for man to fight and die without right than to live in such a state of right as this. Where all your rights become only an accumulated wrong; where men must beg with bated breath for leave to subsist in their own land, to think their own thoughts, to sing their own songs, to garner the fruits of their own labours—and even while they beg, to see things inexorably withdrawn from them—then surely it is a braver, a saner and a truer thing, to be a rebel in act and deed against such circumstances as these than tamely to accept it as the natural lot of men.”

His eloquence did not sway the verdict or help change his location. Casement was stripped of his knighthood and executed for his role in the lead up to the Easter Rising in Dublin, despite his absence in the battle. The government was furious that an English knight would choose to actively undermine their interests and they made an example out of Casement after destroying his reputation and keeping him under lock and key for more than three months. The powers that be stayed so angry that they wouldn’t even send his remains back to Ireland for nearly fifty years. When they did finally send them home, they made sure that his last request to be buried at Murlough Bay in County Antrim would not be fulfilled. Because the area he wished to be buried in is still part of the UK, his request cannot possibly be granted until the North is reunited with the south and a new independent Ireland emerges. When that happens Casement’s dream of a united and free Ireland really comes true and perhaps his final wish will be honored. Until that day, he rests in Glasnevin Cemetery in Dublin. 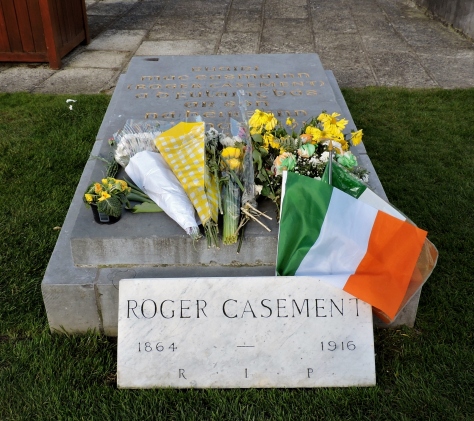 On this day in Irish history, Easter Rising signatory, Irish writer and poet, and newlywed Joseph Mary Plunkett was executed at Kilmainham Gaol for his role in the Easter Rising. Fellow leaders Edward Daly, Michael O’Hanrahan and William Pearse were executed along with him. Plunkett’s glasses remain at Kilmainham to this day. #kilmainhamgaol #easterrising #easterrising1916 #grace #irelandspatriotdead #josephmaryplunkett #onthisday #doomedlovers #irishhistory #easterrisingexecutions #commemoration #irishhistorynerd #readmorepoetry
On May 3rd, 1916, Grace Gifford walked into a jewelry store in Dublin. Her eyes were red & she had obviously been crying. She bought her own wedding ring & left with it in hand, on her way to Kilmainham Gaol to marry Joseph Plunkett, the love of her life. She knew that her family didn’t approve & that she’d be a widow just a few hours after the wedding but she chose to marry him anyway. The executions of the leaders of the Easter Rising had already begun. Patrick Pearse, Tom Clarke, & Thomas MacDonagh were already dead for their roles in the Easter Rising & her beloved would soon join them.
Follow Choosing the Green on WordPress.com