Peace. It’s an elusive concept to many countries, tribes, and populations. The idea that there will ever be a time without war is a dream. It is one that everyone claims to hope for but in reality, hundreds of thousands of politicians, economists, religious leaders, generals, neighbors, soldiers, and contractors work against the concept every day. A world without war is a type of idealism that can sum up the beliefs of bleeding heart liberals, traumatized veterans, moderate conservatives, and true libertarians alike…but it has no place in this world that we live in today, outside of philosophy and imagination. As Robert Heinlein said, “You can have peace. Or you can have freedom. Don’t ever count on having both at once.”

I’m not saying that I agree with him but the U.N.’s idea of an International Day of Peace seems ridiculous to me. If they meant that all wars, all racial divides, all tribal feuds, all religious hatred, all regime changes, every drone strike and all weapons sales and backroom deals would cease for the day, I’d be cheering and celebrating for an eternity…but the world can’t accomplish that for even an hour, let alone a day. Therefore, the U.N. wasting its resources and energy to brand an international and empty holiday seems a little silly.

There are so many better places to spend that money and time on. Hell, since we’re talking about peace, spend it on campaigns and ads that educate everyone about the world’s conflicts and the people who flee them. Help people understand that refugees are not the problem and that it’s the wars that displace them that are. Use it to stop the hate that spreads every day. 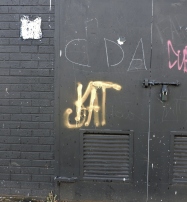 You don’t need to spend much time in Belfast or Derry to know that things are getting worse again. The graffiti is more and more sectarian, the violence is worse, and people are getting pretty desperate. In fact, police have said that the recent spike in hate crimes is one of the worst they’ve seen and it continues to climb drastically, ever since the decision was made to leave the EU. A recent report by ITV stated that every single day at least eight hate crimes occur in the North of Ireland alone. 2016 is one of the highest years on record for sectarian incidents, and violent attacks based on race, gender, creed or sexuality since the Good Friday Agreement was implemented. This is happening even before the true consequences of Brexit come to light. When the EU money goes away, the travel and trade agreements crumble, the human rights projects vanish, and the North is treated like the unwanted stepchild to an even larger degree, I fear that this will all get much, much worse. 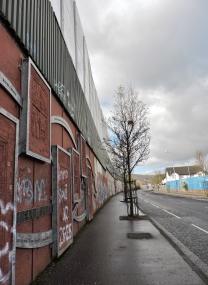 And just in case you think I’ve forgotten to look in my own backyard, in 2014 over fifteen hate crimes occurred daily in the United States. Now I know that’s two years out of date but it’s the most recent vetted statistic I could find. Keep in mind that doesn’t include the boost that came with the unbridled Trump followers and their televised hate speech(es). It doesn’t include the hundreds of black or brown people killed by police, the police killed by angry gunmen, the innocents killed in churches or nightclubs by other bigots, or the jump in attacks against Muslim Americans in more recent years.
So I ask you, how can we celebrate an international day of peace when so many countries and regions are once again on the path to war? If we hate and fear our neighbors, how are we to love strangers? When our politicians and our media breed fear and sow the seeds of hate, how do we resist? For one thing, we discard the idea that a day of _____ accomplishes anything. The U.N. has chances to fund good things all the time and often they can’t or won’t because they’re spending the money, time, and energy elsewhere. It’s time to speak out against that and make them put their money where their mouth is. The same goes for hate-filled, stubborn politicians who create stalemates and deprive people of answers, help, and justice. We can vote them out, instead of resigning ourselves to deadlocked governments or representatives that care more for themselves than they care about us. We can’t be complacent or shrug our shoulders any longer because if we do, we end up with a referendum that puts borders back up, despite the years it took to remove them. We end up with uncaring leaders who pass the buck and hide behind red tape to avoid responsibility while they drag us back into the divisions of the past. We get an obnoxious, failed businessman with a cheap shtick and a horrifying following as a potential leader. We become a disgruntled and impatient population that’s being displaced, cheated, taxed, and put in danger, and we take our anger out on all the wrong people. This is not the path to peace.

In recent years, peace and those who aim for it, have taken a dive in the public opinion polls. Politicians who are more moderate and willing to work with the opposition lose support and are labeled weak sellouts. Meanwhile, stubborn and intolerant pundits gain votes and popularity at an alarming rate. Just a few years ago, Donald Trump as a leader or Brexit as a concept would never have stood a chance in the mainstream, but today both are on the verge of happening. Both clawed their way forward on an platform of hatred, war-mongering, xenophobia, nationalism, and fear. There’s nothing peaceful about that or about closed borders, giant walls, broken treaties, questionable surveillance, withdrawal from human rights agreements, drone strikes and invasions or “enhanced” interrogation techniques.

So on this international day of peace, all I can ask is that we get better at it in our own lives, communities, and deeds. We need to grow and show tolerance for other religious practices and different ways of thinking or living, even when they make us uncomfortable or confused. We need to learn and open our eyes to different cultures while stamping out prejudice and preconceived notions. We need to use our brains when we vote, instead of relying on party lines, televisions, and other crutches. We need politicians who admit our countries’ problems, own the mistakes of the past, and make reparations for them. We need patience and kindness for those we don’t know yet and perseverance when we want to give up. I know it’s so much easier said than done, but I actually do think it’s our only hope. We need more empathy and more acceptance in the world. Kids learn by example so lip service to peace won’t cut it. Teach them to break the traditions and the stereotypes instead of passing them on. Take them traveling so they see other places and other cultures. Don’t take them to discriminatory bonfires or divisive political rallies. Instead, put them in integrated schools and cross-community programs. In short, teach them to succeed where we have failed. 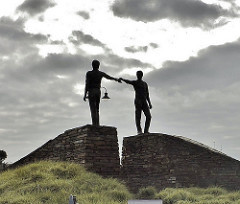 Community outreach, local politics, education, and grassroots activism are good ways to start, but we certainly have to devote more than one day to them. This is a lifelong commitment, not a U.N mandate or a  24-hour meaningless Facebook trend. And yes, the irony of having to fight for peace is not lost on me – but it is one worth continuing, even when it seems futile. I don’t know if peace can ever exist on a global level, but on a personal one it can and when that happens, a small and vital part of our worlds change too. It may not seem like much, but if we want a greater planet for future generations, we owe it to them to keep trying to bring peace into our communities every day – not just once a year. 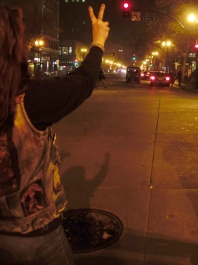 3 thoughts on “International day of peace”