Humans are animals. It’s not something we like to admit, but it is true. Our animalistic instincts come out when we are hurting and angry, when we need to protect ourselves or our loved ones, or when we are desperate and afraid. Over time we learn to control them, not letting that dark side rear its ugly head just because our toy was taken away at the playground and if we’re lucky that animal fades into the background of our minds, never needing to come out.

When James Martin Pacelli McGuinness was growing up in Derry a lot was wrong in his world. The boy who would come to be known as Martin was partially named after a pope in a society that was violently sectarian and discriminatory against Catholic communities like his. He saw things most of us thankfully never will. War raged in the streets as he grew up. He witnessed friends being mowed down by soldiers without consequence. He saw authorities break the law over and over without punishment. That animal inside him grew and raged, like many others in the region and Martin found his way into the Irish Republican Army at a relatively young age. He stayed for a heavily disputed amount of time. Let’s just call it many years.

The North is complex and it has a long memory, but it is often one-sided depending on who you’re talking to. It’s important to remember that the Provos and other paramilitary groups on both sides didn’t just appear out of nowhere to start killing. Things happened that brought the animals out in everyone and the region still hasn’t recovered from the trauma these incidents caused. That was clear in how polarizing the reactions to McGuinness’ death were. Some celebrated while others mourned. Victims of the Troubles were caught in the middle or dismissed, hopeless and enraged. Martin was unrepentant and wouldn’t share many of the secrets he undoubtedly knew, which angered many. He never apologized for being in the (Provisional) IRA either, in fact he insisted that it was his only option. Those who tried to get him to express regret could not or would not ever understand why he made the choices he did. Many wouldn’t even acknowledge the terrible circumstances that had brought him into the provisional fold and they refused to think about what it must have been like to see or live through those things. Even now the debate over whether the Troubles were a war or just a bunch of terrorists wages on. It’s a complicated question because if you admit there was a war, you must acknowledge that innocent deaths happen in them and all participants are at least partially to blame. If it’s terrorism, the finger can point squarely at one side or the other. That theory is usually more common and much easier for many to handle.

The (P)IRA did lot of brutal things and McGuinness was accused of orchestrating them throughout the years, but over the last few decades he has also accomplished a great deal on the road to peace. This is not to say the scales are balanced or that one cancels the other, but it is an acknowledgment of change and growth. This change involved compromise and a willingness to use words where weapons once were. Throughout these attempts McGuinness angered friend and foe alike and was routinely called a traitor and a sell out from his own side of the political divide, or a terrorist and a manipulative murderer from the other. He was met with suspicion from all angles but he kept trudging on toward a more equal and self-governing society. He shocked the world (and angered many) by shaking hands with the Queen and befriending his ideological enemy, the Rev. Ian Paisley. He worked for his own constituents and the greater population regardless of faith or creed, and his presence and charisma in government, combined with his paramilitary past brought about ceasefires. Eventually he helped bring an end to the Long War.

He’s not the only one with a militant past to enter politics. Many of the people responsible for the pain of the past are now or have been public servants who are trying to insure that these conflicts never happen again. While the level of distrust among political parties remains high, a few powerful people have managed to get beyond their dark histories to reach across the divide. On one side, David Ervine comes to mind. On the other, Martin McGuinness. Both were labeled as heroes and villains, freedom fighters and terrorists. They were each complicated men who did whatever they thought was best for their country, and they both tried to make peace after engaging in war. They encouraged others to do the same as well. Whether or not they truly succeeded in leaving a peaceful legacy and a better environment for others remains to be seen. Martin devoted himself to a more inclusive life and he challenged others to do the same. His funeral was a sign of that dedication, as evidenced by the people who came to pay their respects. Father Michael Canny seemed to agree when he said the following:

“There are people in this church today whose presence would have been unthinkable only a generation ago. They have forged working relationships with Martin McGuinness; they have built friendships with him; they have occupied Stormont’s benches alongside him. Some have even sat in government with him. You are all very, very welcome. The presence of those political rivals and opponents among you, who have come to pay their respects this afternoon, is the most eloquent testimony to the memory of Martin McGuinness. When you seek his monument, YOU – by your presence – are his monument.”

Martin McGuinness had a life outside of politics and war, and that is important to remember too. He was a poet and a family man. He was a father and a husband, a grandfather, and a friend to many. He never quite seemed completely comfortable with the mantle of government, despite helping to run it for so many years. Martin was ruthless when he had to be, proud, and defiant but he also seemed very genuine and quite humble, which is not common in politicians. His demeanor always gave me the idea that he’d rather be doing something simpler with his life, but there was no one to pass the torch to who could do what he did. In the last few months, he seemed just as dedicated to equality and unity as he ever was but also more than a little weary. Maybe it was age, or perhaps it was the growing illness that would eventually claim him that made him seem more frail, or maybe it was because he had been confronted by the echoes and the fallout of his past at every turn for far too long, and he needed a break. Martin was a divisive figure, and even at the hour of his death, he remained an angel or a devil, depending on who you asked. However, as news of his death made the rounds, many who fought against him, felt betrayed by him, or had never agreed with any of his choices still grudgingly gave him respect for what he had done to bring about the Good Friday Agreement and other changes in the North. It reminded me of a story told by a Republican prisoner in 1922. He said that when the guards told the men in the prison that Michael Collins was dead, they all fell to their knees to pray for his soul or to weep. This included the men that Collins had arrested and put there, the guards who had fought inside and out against Republicans for years, and those who had no part in the struggle but knew what a complicated and great inspiration Collins had been. Hundreds of men who had battled with him for years ended up marching in his funeral procession. I feel that the same could be said about Martin McGuinness, after watching his.

It is not the first time anyone has compared the two men, and it won’t be the last. Time heals and the future will decide how McGuinness will be remembered. For me here in America, he was one of the best-known names and faces of modern Irish history and one of the giants who ushered in peace to a region that I love so well. When I was in Derry last year, I walked across the peace bridge and stopped in the middle to ponder how much Derry had suffered, compromised, learned, and changed throughout the years. A good deal of credit goes to Martin McGuinness for that and I left a lily on his fence to honor his path to peace. This week I was devastated to know that the next time I visit, I’ll be leaving one on his grave.

In my view,  Mr.McGuinness’ entire life  proved that he was not two different men as many have said in the last few days. In fact, I don’t think Martin was even of two minds. He was generous and kind and he was also ruthless. His singular focus was Ireland and he fought for it every step of the way, first with the brutal force of a wounded and protective animal and later with the consciousness of a grown man who had seen too much tragedy and longed to bring it to an end. I only hope that he succeeded. 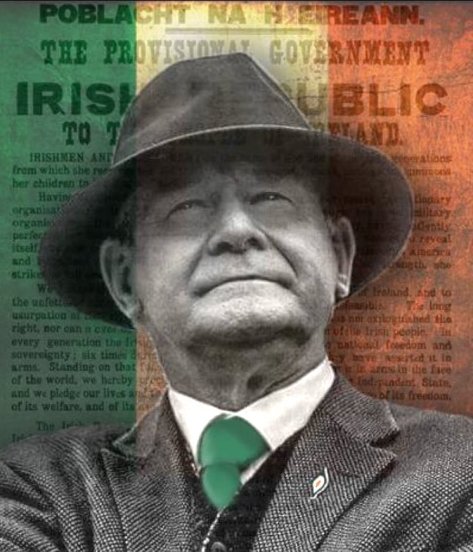 2 thoughts on “The complicated legacy of Martin McGuinness”