Operation Demetrius was the fancy name the English used when they started rounding up people in the north of Ireland and imprisoning them without charges or trial. It was more commonly known as internment and it was the root cause of many of the worst conflicts and atrocities during the long period of the Troubles in the north of Ireland. The British government insists that the practice was officially ended in 1975 but the citizens of the region know better. Operation Demetrius may have ended but the practice of internment continues to this day and the most blatant proof of this is the continued imprisonment of Tony Taylor, a Republican activist from Derry. Today marks nearly two years that he has been held in the notorious Maghaberry prison, without public charges, bail, or trial.

Tony Taylor is a prominent Republican who had already been in prison twice. In 1994 he was sentenced to eighteen years for activities related to the Provisional IRA. He was released early under the terms of the Good Friday Agreement. In 2011 he was sentenced to another stint in prison for being in possession of a rifle. He served a partial sentence for that crime and returned home to Derry upon his early release in 2014. Once he was back home he began highlighting the inhumane treatment of Republican prisoners in Maghaberry. He’s a member of the Republican Network For Unity and was very vocal about the extra surveillance and the increased police interactions that many Republicans face in the region. His activism and continued “dissident” Republican ideals may have cost him his freedom. (Isn’t there a better word? I loathe using that label)

On March 9th, 2016, then Secretary of State Theresa Villiers decided to revoke Tony Taylor’s early release license, saying he was a “risk to the public.” She based this on a secret, shadowy assessment by MI-5, Britain’s intelligence service. One day later the Police Service of Northern Ireland (PSNI) arrested him while he was out shopping in Derry with his family, giving no public reason or charge. He was immediately taken back to Maghaberry Prison (about 100 km away from his family) where he remains to this day.

Generally speaking, a breach of parole or probation is reason enough to yank an early release and send someone back to prison – but the new crime is established and announced. Prisoners are usually told if they’ll be serving the original full sentence or if more years have been added for a new crime. Taylor’s lawyers have no idea how long Tony will be in Maghaberry or what the MI-5 report said in the first place, because a large part of his case is being determined by Closed Material Proceedings. These proceedings prevent his lawyers from being part of his court dates, and a special advocate is appointed to work for Taylor instead. This advocate is not allowed to talk to anyone about the case including their own client. He or she is often not able to view or argue any evidence of the “trial,” and many times the final decisions about a person’s sentence are made without the advocate or the accused ever seeing a single part of the proceedings. Even though it is technically legal in the region to have these types of trials, they certainly are not fair… and for the accused and their loved ones, they’re unbearable.

Taylor’s family and his lawyers maintain that he never broke the rules of his early release license. He regularly reported his activities to the Probation Board. Derry politicians, lawyers, friends, and activists have been working hard over the last two years to try to secure Tony’s release but they’ve had no luck. The original arrest order wasn’t even legal because Villiers didn’t consult the proper authorities before she had Taylor arrested, but despite all of these things, he remains in prison with no end date in sight.

Internment by remand might be easier to explain than the Demetrius operations of old – but the concept is the same. Taylor was arrested and detained on the basis of a secret government report that he and his lawyers can’t read or fight. He is in prison despite following the rules while a secret trial is is being conducted without him. He and his family (including his special-needs son) have been in limbo for two years already and they don’t know when or if it will end. It’s internment, plain and simple.

Mainstream Republican politicians should be fighting against Taylor’s continued captivity but they aren’t making a lot of noise about it – probably because they don’t want to be associated with his “dissident” leanings. However, their silence leaves the door open to another rise in secret trials, more bogus evidence, and an increase in other cases where early release could be snatched away without notice. It’s just like what was happening when the Troubles were going strong in the seventies and the very last thing the area needs is a large resurgence, especially when there’s already so much uncertainty in the North because of the stalled government and the growing problems of Brexit. I’m sure these are the excuses many use to not get involved in the case, but they are also the very reasons why they should be sounding the alarm and putting the question of internment to rest. Republican leaders should fight for Taylor and his family because this is yet another abuse of power and it shouldn’t matter what their opinion (or anyone else’s for that matter) of his beliefs may be. Internment was wrong the first time around and it is just as wrong now. This history should never be repeated. 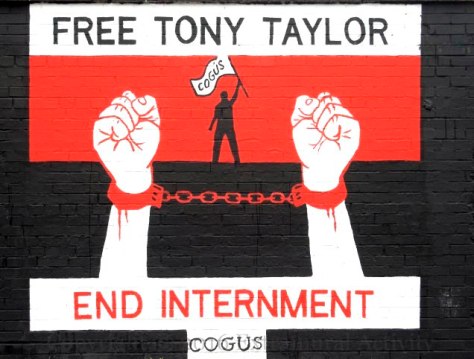 There are actions and marches planned throughout Ireland on Mar. 10th to support Taylor’s family and to highlight his case. Please join one if you can. If you want more information about his plight, please click here.

One thought on “Tony Taylor”

Dreaming of being right here again. Stupid, no good, very bad pandemic. #imissirelandsomuch #irishroadtrip #ireland #eiregram #wannagoback #restless #wawpics #irishpassion #imissireland #rightherewaiting #picturesofireland
Her name was Lola and she was a showgirl….except that her name wasn’t Lola and her show wasn’t any good. Her real name was Marie Dolores Eliza Rosanna Gilbert—which was quite the mouthful for a stage name—so Lola Montez it became. She reinvented herself and became a mysterious Spanish “dancer” and played that role for much of her life but everything about her persona was a lie. She was actually Irish, born in Grange, County Sligo, and by the time she passed away on this day in 1861, she had lived a full, loud, dangerous, and notorious life. #onthisdayinhistory #onthisdayinirishherstory #lolamontez #irishherstory #notoriouswomen #petbears #wildwestwomen #countesses
Follow Choosing the Green on WordPress.com