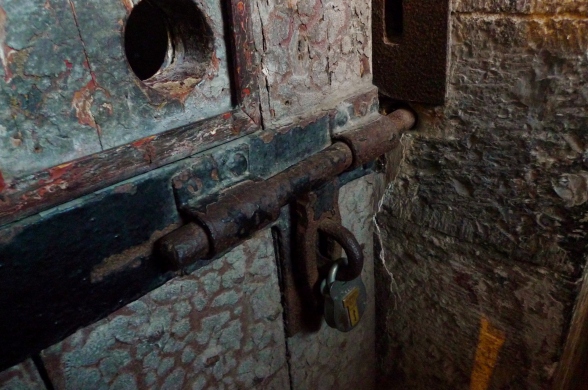 A tasty tidbit of appalling news came across my radar this week that has appeared to be somewhat ignored by many. It turns out that residents living in nine different tower blocks in Belfast had no expectation of privacy in their own homes and they didn’t know it. They were never informed that the police force of Northern Ireland (the PSNI) had been given keys to every single one of their flats and could ostensibly enter them whenever they liked. The Housing Executive was quick to say they’d handed over master keys to the PSNI so that they could be used for health or safety emergencies but they only revealed that agreement after some of the residents at the New Lodge Flats accidentally found out about the breach of privacy. The executive most likely would have never mentioned the keys and the police to any of their tenants if not for this accidental slip of the tongue.

END_OF_DOCUMENT_TOKEN_TO_BE_REPLACED

Me at my happiest - traveling through the Irish countryside with Kathleen in the off season and hanging over (closed) castle walls to receive kisses from the animals below.
Just watched the finale of Derry Girls for the umpteenth time and it still makes me cry every time. Makes me miss the town every time too. #derrygirls #derry #doire #daire #thetownilovesowell #irishheart #bestshowever #derrygirlsfan
Follow Choosing the Green on WordPress.com