The news out of Ireland this week has been insane – so much so that I haven’t even been able to decide which story to write about or how to keep up. There’s so much going on, and it kind of makes me want to put the entire region on a time out, just so I can catch up. In case you missed some, here are just a few of the things that have been interesting me, in the last seven days alone.

One of three orange lodges who have been squatting for years at the Twaddell protest camp has announced it is leaving and will no longer be participating in the nightly and weekly protest parades throughout the surrounding areas.

Last weekend there was an anti-internment march in West Belfast that was not allowed to enter the City Center. Many thought that the Parade Commission’s refusal to allow the march in the city center would lead to violence and rioting, but the standoff near the International wall ended relatively peacefully.

Also last weekend in the City Center was the Belfast Pride Parade.

Last Sunday night John Boreland, formerly of the UDA, was gunned down in North Belfast. Police had warned him that his life could be in danger and they suspect that he was killed by rivals in the UDA. His funeral was held Saturday morning and was attended by prominent loyalists and alleged paramilitaries.

On Monday, Bishop Edward Daly passed away in Derry. He is known worldwide as the priest who was captured on film waving a white flag and assisting the wounded on Bloody Sunday.

The mayor of the city (who is also a member of the DUP) did not attend his funeral on Thursday, and a flag honoring the Parachute Regiment of the British Army (the soldiers who fired at Bishop Daly and other protesters, killing 14 innocent civilians and injuring over a dozen more) was coincidentally (ahem) raised in the city on the same day. Tension continued throughout the week, culminating in the annual Apprentice Boys Parade which ended without “major” incident.

Moore Street Activists and 1916Societies members entered the buildings that line Moore street to document their disgraceful state and highlight the shoddy “repair and restoration” work being done on the newly designated National Monument without independent supervision. 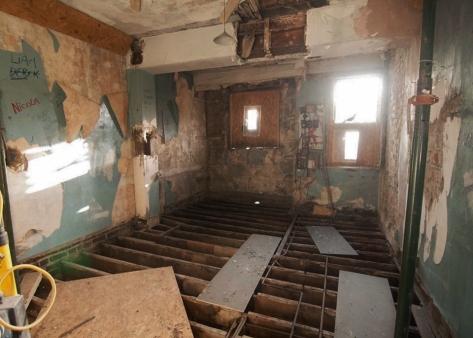 As you might expect, both the construction company and Heather Humphreys have demonized these activists for gaining access to the site and are harping on them, rather than what they’ve discovered. They’re also still appealing the designation decision by Justice Barrett. This you can do something about though. On Monday, Aug. 15th, the activists will be protesting at Hammerson Global Retail Investors (the new owners of the battleground site). For more about that protest please click here.

These are just a few of the things that caught my eye this week. I could go on forever with at least five or six more off the top of my head like the excellent quotes from the Cork rowing team in the Olympics and the giant fire festival in Derry, the but I’m exhausted already. So settle down Ireland, you’re making it impossible to stay on top of your news.

3 thoughts on “the Round Up”