Sometimes it seems that there’s never anything but tragic news coming out of Derry. I have to remind myself that there are plenty of wonderful things happening in the town I love so well and so many wonderful people who call it home…but yesterday as I sought those out my heart sank yet again. The headlines screamed out the news of a young woman who was killed in the crossfire on the city streets and it broke my heart.

Now don’t get me wrong – I know how hard the media works to sensationalize everything. I know just how determined certain governments and groups are to put forth their own narratives…and how willing desperate reporters are to comply with them. Fear sells like nothing else and it’s easy to get sucked in to the drama of it all. One of the people who was working to avoid that trap was Lyra McKee, a twenty-nine year old reporter from the North of Ireland. She wrote about the issues that were incredibly important to her like LGBTQIA rights and about the legacy issues that still plague the region decades after the conflict supposedly stopped. By all accounts she was a blossoming investigative journalist, a brilliant writer, and a lovely person who was in love with her profession and devoted to her partner, her friends and her family. She was recognized by Forbes as one of their “European Thirty Under Thirty” in media and her work can be found in The Atlantic, Buzzfeed News, The Belfast Telegraph, Mosaic Science, Narratively, and The Independent among others. McKee had one non-fiction novella under her belt (titled “Angels with Blue Faces“) and had just announced another upcoming book. It’s safe to say she was on the rise until her life was cut short last night while the PSNI and the Army raided homes in Creggan and the neighborhood was in chaos.

Lyra was based in Belfast most of the time but she had just moved to Derry and was in the Creggan area to report on the raids and the backlash from them. She was not the only reporter on the scene but she was the only one who was killed. Her death shocked everyone. According to one account, police did not wait for an ambulance to arrive but instead drove her straight to the hospital in one of their vehicles. It was not enough to save her life.

Police are laying the blame squarely on dissidents in the area and are calling her death a “Terror Incident.”  They have named The New IRA, (NIRA) a splinter faction of so-called Irish Republicans who do not agree with the peace accord (obviously) as being behind the shooting. The PSNI have opened a murder investigation and we’ll all have to wait and see how that turns out. There are far too many questions now and if the history of the North has taught us anything, it’s that stories change drastically as investigations continue. Then again, if Saoradh’s ridiculously shameful statement about the murder is to be believed, the police may be on the right track. Either way, it’s incredibly sad that there’s another tragic, innocent death in a city that has had more than its fair share already.

Lyra McKee didn’t deserve this. She had fallen in love with Derry and was building a life there. She is the latest in a long line of reporters who have died while bringing news to the world. In this day and age when so many in the media are regularly targeted, it’s important to remember that journalism is a vital and heroic calling. People who undertake this mission are not the enemy, nor are they all liars with a hidden agenda. Many are incredible researchers and gifted writers who are passionate about the truth, sending out messages from all kinds of dangerous spots in the world in the hope that someone will pay attention to what’s going on around them and none should lose their life doing so. It’s sad and scary when they do. Luckily, Lyra’s voice was loud and clear in her writing and there’s a good amount of it. She was a prolific writer and editor. Her TedTalk was recorded so people can glimpse what she was like. I can only hope that it brings comfort to those who loved her and inspiration to other young writers in the years to come. 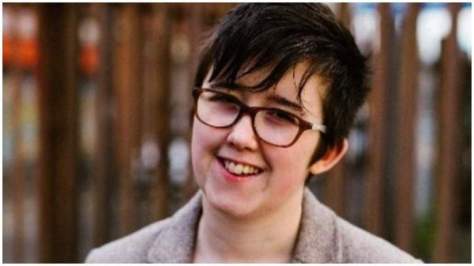 Leave a Reply to Choosing the Green Cancel reply