The Irish have always flocked to America’s shores for one reason or another. Some have argued that the Irish built America itself, despite its inherent distrust and discriminatory attitudes toward them. And just how did the U.S. repay them for their work? Not well. America treated the Irish horribly. There were anti-Irish riots. There were “No Irish” signs. The Irish people were used and abused for years but they kept coming and eventually they became part of the fabric of the country where many thrived. It’s safe to say that without them, the United States would be a very different place.

Today there are 34.5 million people in the U.S. who claim an Irish heritage, which is nearly 30 million more than the entire population of Ireland itself. This includes the few hundred thousand Irish-born people who currently live and/or work in America legally but it doesn’t count the estimated 10,000-50,000 Irish people who are not legally supposed to be in the country. These folks usually settle in so-called “Sanctuary cities” like New York, Boston, and San Francisco where there are large, established Irish communities and city law enforcement agencies that do not contact or cooperate with immigration officials unless absolutely necessary. It creates an illusion of safety but the pervasive threat of discovery is serious and it’s getting more dire every day.

END_OF_DOCUMENT_TOKEN_TO_BE_REPLACED

Danny Doherty and William Fleming grew up in Derry. They were from Republican families and each had relatives that were imprisoned at one time or another for their political ideals and paramilitary activities. They followed in their families’ footsteps and each joined Na Fianna Éireann at a young age, before funneling into the Derry Brigade as soon as they were able.

Each man knew what the cost might be. They knew their membership in the IRA could land them in prison or in the grave but they felt it was worth the risk. Danny Doherty was a veteran with six years of active service in the Derry Brigade but Willie Fleming was younger and greener with only two years under his belt when the two men were killed (or overkilled) in a hail of gunfire on this day in 1984.

END_OF_DOCUMENT_TOKEN_TO_BE_REPLACED 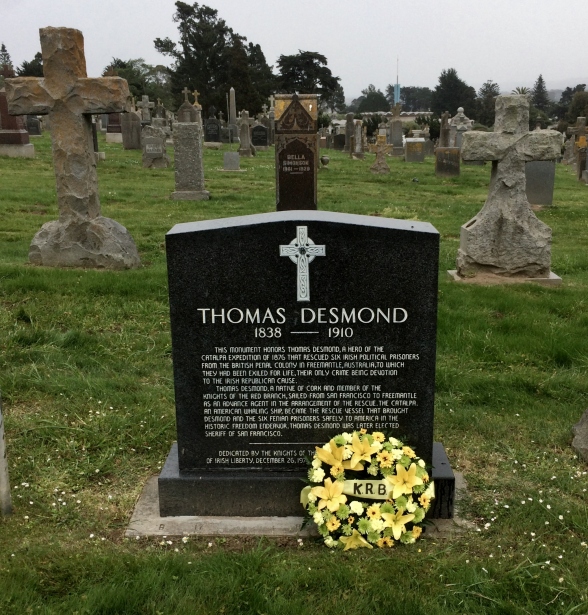 It’s not unusual to find a few corrupt people in law enforcement across the world – in fact, it has become all too common. There have been countless examples of collusion and many abuses of power throughout the course of history on every continent and they continue to this day. It is more rare to find someone who went from being a very publicly seditious outlaw to the sheriff of one of the most well-known cities in the world. The first who comes to mind that fits that bill is Thomas Desmond.