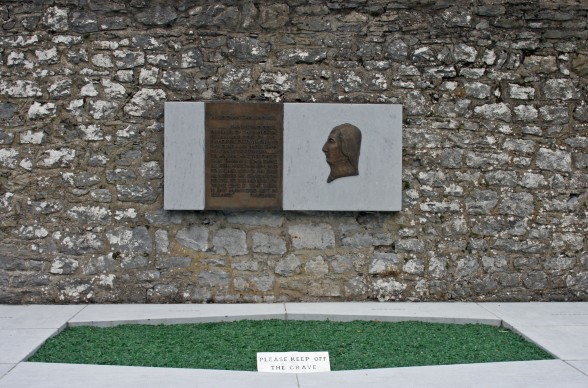 This one is just for the locals here on the wrong side of the puddle in California. It’s rare that San Francisco gets good rebel music these days – in fact, it’s about to become even more rare. Sean Daly and the Shams are one of the only semi-local Irish rebel bands here and this Saturday night will be their last performance in the bay. They’re going out with a bang and playing with Derek Warfield and the Young Wolfe Tones for one night in San Francisco.

Derek Warfield has been in the music business for roughly forty years. He’s a giant when it comes to Irish ballads and rebel songs, and it is a real surprise and treat to get the chance to hear him live here in the bay. I’ve been looking forward to it for months and now that it’s almost here, I thought I’d share a little of that joy with anyone else that may be local or visiting the area who has a love of Irish history and music. It’s a night that is sure to have at least a couple singalongs, probably some laughter, and maybe even a few tears.

So if you’re out and about in the bay area this weekend or you feel like a drive to San Francisco, don’t miss this rare opportunity to sing some rebel songs, listen to a legend or two, and raise a parting glass to the Shams before Sean Daly goes back home to Ireland to stay. He’s a smart guy leaving the states when he is, (if I had that birthright I’d be going too) but the music scene here will suffer a big loss because of it.

The show will be at the Neck of the Woods in San Francisco on Saturday night and tickets are reasonable and worth it. More information can be found here.