On this day in 1939, poet and patriot William Butler Yeats said farewell to the world from the south of France. Yeats spent many of his winters in France and in Italy due to life-long health issues but he always left his heart in Ireland, even after death. He told his wife George to bury him quietly in the hills above Monaco but “to dig me up and plant me in Sligo” a year later when he thought everyone would have forgotten about him. That idea is laughable given that he is still revered and remembered today.

END_OF_DOCUMENT_TOKEN_TO_BE_REPLACED 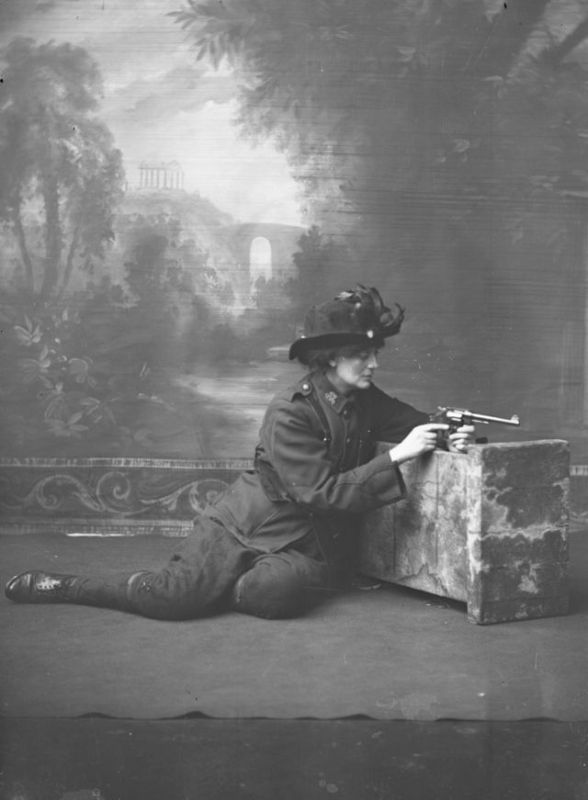 On this date in 1868, one of Irish history’s most famous women was born…in London. Constance Gore-Booth was an aristocratic socialite who fell in love with Irish politics and went on to be one of the most beloved and recognized names in Nationalist history. She fought for women’s rights in Ireland and was a devoted Republican fighter who would have been executed for her role in the Easter Rising, had she not been a woman. Her most famous advice to women was to “Dress suitably in short skirts and strong boots, leave your jewels in the bank and buy a revolver.” In honor of her birthday today, here are my top ten favorite facts you may or may not already know about her life.

END_OF_DOCUMENT_TOKEN_TO_BE_REPLACED

Edith Maud Gonne has been hailed as one of the greatest activists and fighters of her time. Her beauty has been recorded and immortalized by one of Ireland’s greatest poets. History has compared her to Joan of Arc and she’s one of the best known women in the books, in no small part due to her own inflated memoirs and creative storytelling. She is largely considered to be an Irish hero—which is a great feat for a woman—particularly one who wasn’t Irish born and who grew up as a member of a wealthy, loyal, British family. So was she a true revolutionary, or a fraud in it for the fame and her own idea of who she wanted to be? Either way, she did enough to leave her mark on Irish history and one thing is undisputed – Maud Gonne chose the green and was most certainly not born to it.