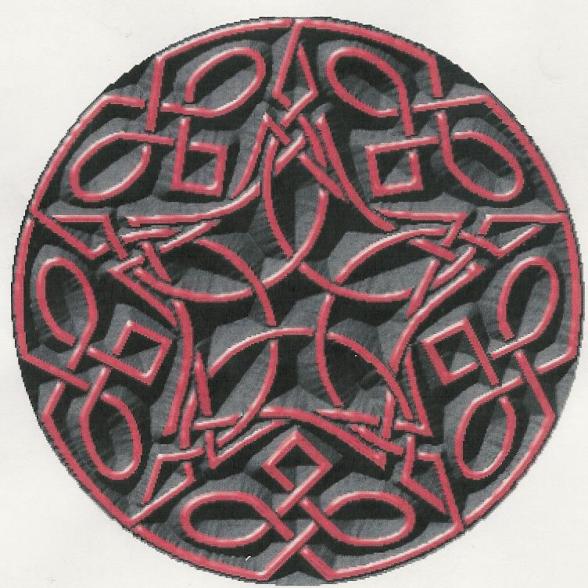 Ireland is steeped in mythology and tales of faeries but these fae have nothing in common with the adorable little Disney-created pixies that flit across the movie screen. Irish faeries have a dark side and many folks still attempt to appease them to this day. You can still find bowls of milk outside certain homes on certain days and many locals who stay away from nearby hills, caves, and mounds. They warn wayward travelers to do the same. Some have iron in their doorways or other superstitious markings to protect against dark creatures of a different world. In the past these beliefs were even more prevalent and tales of changelings and other mischievous things in the night were simply a part of life. These stories also became part of a highly publicized murder after a young woman named Bridget Cleary was burned to death by her husband, her father, and others, on this day in 1895.

END_OF_DOCUMENT_TOKEN_TO_BE_REPLACED 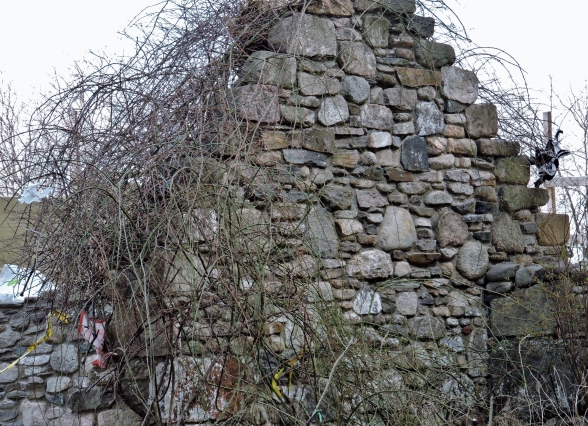 END_OF_DOCUMENT_TOKEN_TO_BE_REPLACED

On the last day of our recent journey in Ireland, it was pouring down rain and we were headed back toward Shannon from Belfast. We were on the main highway and getting cranky because of the storm and from the bigger roads, there’s not a lot of super beautiful scenery or many interesting things to see . It was not the way we wanted to leave, so once we were in the west, we picked an exit at random and started exploring it. There were a few ruins here and there. There were a few historical signs pointing off in random directions and we found ourselves in the middle of nowhere on a country road hunting for castles. A tractor was coming at us from the other direction and as we pulled over to let him pass, we asked him if there were castles nearby. He told us about 3 or 4 of them and ended with “but you know it’s raining, right?”  He shook his head when we said we didn’t care, muttering something about crazy girls. Then he began to give us directions to the one that wasn’t a hotel saying,  “Well then, just go up the road a few miles, look for the dog at the top of the hill, pull into the driveway of the stone house, knock on the door, and ask for the key to the castle.” We thanked him and continued on down the lane. We found the dog, shivering and wet. We pulled into the drive, and knocked on the door of the stone house. When a very startled man answered and we asked for the key to the castle, he too responded with “You know it’s raining, right?” while he frantically looked for it. After a phone call or two and a reasonably thorough search, this is what he gave us – there’s no mistaking that it is the key to a castle, with that kind of key chain. 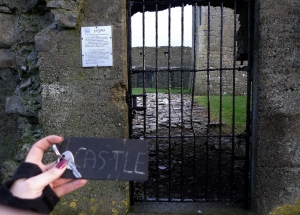