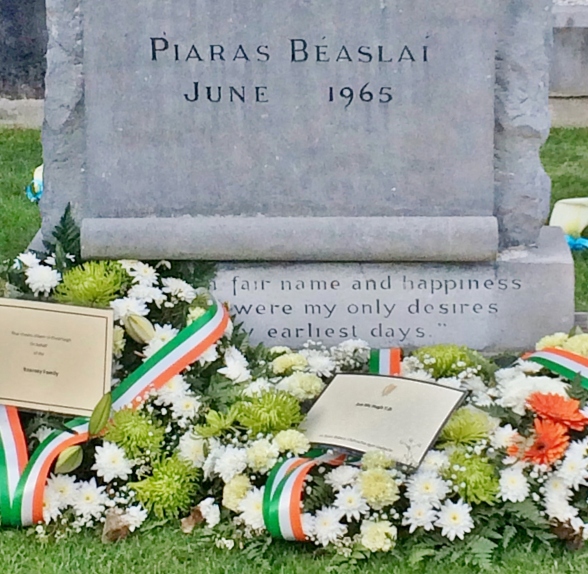 Piaras Béaslaí may have been born in England, but that didn’t stop him from being profoundly Irish. His Irish Catholic parents emigrated to Liverpool before Piaras was born but he grew up with a strong love for his heritage. By the time he was a teenager he was fluent in Irish and obsessed with Ireland’s struggle for independence. He wrote fiery newspaper articles and rebellious poetry that highlighted the Irish Republican cause and eventually led him into the Gaelic League and the secretive Irish Republican Brotherhood. He developed close friendships and worked side by side with many prominent revolutionaries like Ned Daly, Thomas Ashe, and Michael Collins, just to name a few.