There have been various groups rallying around Moore Street in Dublin for the last few decades – and some have dedicated a good portion of their weekends and lives to protecting the area from wanton destruction. This weekend (and every other for that matter) you have a chance to stand with them, both literally and symbolically.

END_OF_DOCUMENT_TOKEN_TO_BE_REPLACED 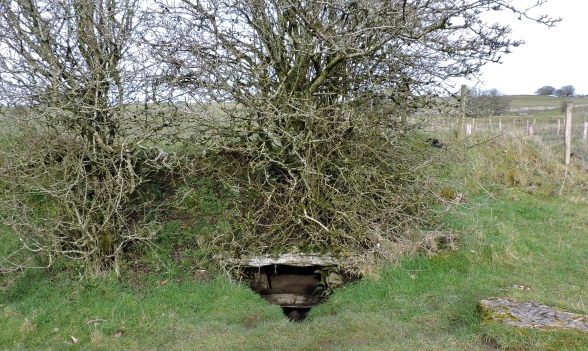 Ireland has a complicated relationship with religion. Many of its troubles in the last few hundred years are ultimately based in religious conflict and the church has ruled much of the island for centuries. But it wasn’t always so and some of its most-visited and well-known landmarks predate the Christian takeover of the island. Everywhere you go you can see signs of the old ways peeking through the hedges if you are looking for them. Many good Catholics will cross themselves or roll their eyes when they talk about the faeries but they also leave bowls of milk outside to appease them. You’ll still find iron in many doorways, though perhaps the reason it was placed there has been forgotten. As Samhain (more commonly known as Halloween) approaches, seasonal offerings left in fields, forts, tombs, and shrines increase all over Ireland. This time of year may not be the sanest time to go to the gateway to hell, but it certainly is the most appropriate one if you want to meet The Morríghan and her dark minions on one of the only nights they can escape the underworld.

END_OF_DOCUMENT_TOKEN_TO_BE_REPLACED

It’s appalling that Heather Humphreys continues to be in charge of Ireland’s arts, language and heritage. Her failure to protect any of these things has been going on for far too long. She’s a disgrace to the position and her ongoing quest to redevelop and erase the historical importance of Moore Street proves this time and time again.

Humphreys always favors new business over history and obviously believes that Ireland’s heritage is less important than modern development. She has refused to protect Ireland’s history on numerous occasions, letting go of historical properties and landmark sites repeatedly but this new blunder may take the cake. She is refusing to purchase Patrick Pearse’s last surrender letter. This handwritten message was sent to the volunteers in the Four Courts garrison and it indicated they should stand down. It signaled the end of the Easter Rising and came from the man who was the figurehead of it but apparently this is not important enough for Heather Humphreys. Nevermind that this letter is vitally important to Ireland’s history. Nevermind that someone else in some other country may lose or destroy it after purchase. Nevermind that it should be preserved and placed with the other two in the National Museum immediately. She cares not about those things. She thinks the cost is too high for a single letter, while any historian or lover of Ireland would argue that it’s priceless. The thought of her not fighting for this letter mere months after the centenary celebration of the Rising makes me sick to my stomach.

END_OF_DOCUMENT_TOKEN_TO_BE_REPLACED

No matter where you are in Ireland, Dublin is not usually more than a few hours away. Yes, if you don’t have a car (and who can with those insurance rates?) it can be a hassle to get to, but nearly every region has some form of direct transportation in and out of Dublin. That’s important because I’m about to suggest that you take advantage of those routes and hightail it over to the city this weekend.

END_OF_DOCUMENT_TOKEN_TO_BE_REPLACED

I never get to quit talking about Moore Street. Hopefully one day that will change, but so far this has not been the case. These days backroom deals and crooked politicians are commonplace and a world-wide problem but one of the most egregious examples of that type of thing is the continuing battle over Moore Street in Dublin.