The North of Ireland is a complicated place – especially in July. Every year makeshift towers of debris, old tires, and wooden pallets reach higher and higher into the sky. They are decorated with sectarian slogans, political effigies, Irish flags (or Ivory Coast ones, since some can’t tell the difference between the two), and serious threats against Catholics, opposing politicians, Irish men and women, minorities, and the gay community. These dangerous displays are what they call culture this time of year and they are a horrifying example of the division that continues to exist in the North.

END_OF_DOCUMENT_TOKEN_TO_BE_REPLACED 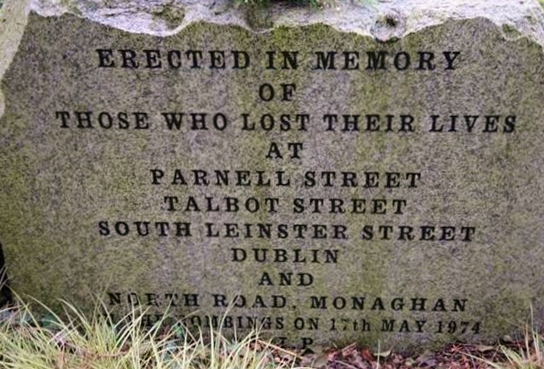 On this day in 1974, Dublin City Center was devastated by three large bombs that went off without warning in the span of about 90 seconds. They exploded in the middle of rush hour during a public transportation strike which had left more people in the area than usual. Injuries and casualties were astronomical. When a similar bomb exploded without warning in the city of Monaghan ninety minutes later, the incident became the worst and largest loss of life in Ireland’s more recent troubled history. The explosions injured nearly three hundred people and killed thirty-three civilians in all and decades later, despite multiple investigations, reports, and a mountain of evidence, no one has ever been charged or prosecuted for these attacks.

END_OF_DOCUMENT_TOKEN_TO_BE_REPLACED 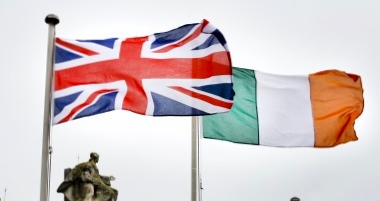 Our lives are full of choices. Every day we face them – some small and trivial and others that change lives. If we’re lucky (or unlucky as the case may be) some even change the course of history – and it is important to acknowledge those choices with the gravitas they deserve. The North of Ireland is about to have one of those game-changing elections and it needs to be carefully considered because the next few decades and any remaining scraps of the Good Friday agreement are just the beginning of what’s at stake.

END_OF_DOCUMENT_TOKEN_TO_BE_REPLACED 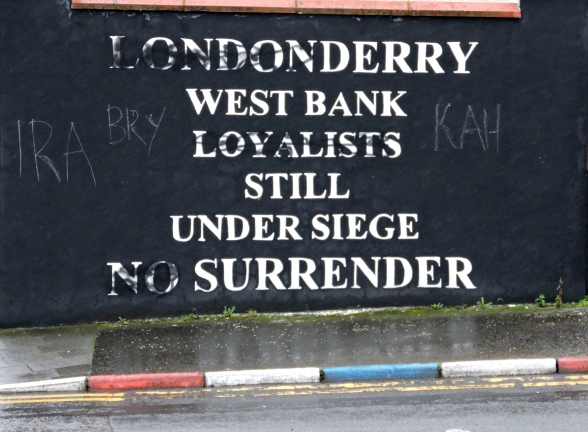 My trip to Derry can’t be put into one post. There’s just too much to the city to compress it into one little tale and it is too special to me. It started when I bought a ticket to ‘Derry’  and the bus driver said he didn’t know where that was, but that he’d be happy to drive me to ‘Londonderry.’ This city is a complicated place, full of pride and controversy. Unlike it’s neighbors in the north, it has no towering, man-made “peace” walls, but it remains segregated and even its name is still hotly contested, as I learned that day. Its Loyalist population feels like its culture is under attack and being stripped away, just as they do in other parts of the region. This post is about their side of the river Foyle, in the town that many of them still call Londonderry.

END_OF_DOCUMENT_TOKEN_TO_BE_REPLACED 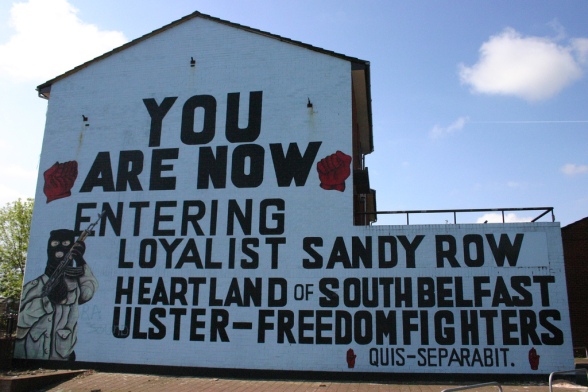 For many people a romper room is a play room full of games and toys or a television show that they grew up watching. It evokes a carefree and silly time in childhood that is full of play, puppets, and joy. For others, particularly in the North of Ireland during the Troubles, a romper room is a place of absolute horror, torture, and death – a room that is akin to a slaughterhouse or a snuff film set. These romper rooms were usually derelict homes or businesses where drinking, dancing, torture, and killing could occur without much fear of discovery or interference. One of the more brutal murders of that era took place in a UDA-controlled romper room in the Sandy Row area of Belfast, 41 years ago today. The victim’s name was Ann Ogilby and her killers were all female members of the UDA (Ulster Defence Association). It wasn’t really a political killing even though the murderous women involved were loyalist paramilitaries – it was more of a jealous feud that ended in Ann’s horrific torture and savage beating death. The story was so repulsive and put such a spotlight on the women’s group that it resulted in the total dissolution of their unit.

END_OF_DOCUMENT_TOKEN_TO_BE_REPLACED

Scotland the Brave? Only about 45% of them. Proud? Not so much. Unless you count the 55% of them full of British pride and the subset of them who were enjoying the violence as they attacked anyone wearing blue or carrying a Scottish flag. Or maybe we’re speaking of the people who stormed a park in Glasgow while smugly displaying nazi salutes, singing God Save the Queen and waving a Union Jack. It was like the 12th of July all over again…except that it was September and seemed like it would go on forever. This fascist “victory” behavior, along with the fear-mongering and condescension of the Better Together bullshit campaign leaves a sour taste and a confused “what the hell just happened in Scotland?” question rolling around in my head.

END_OF_DOCUMENT_TOKEN_TO_BE_REPLACED 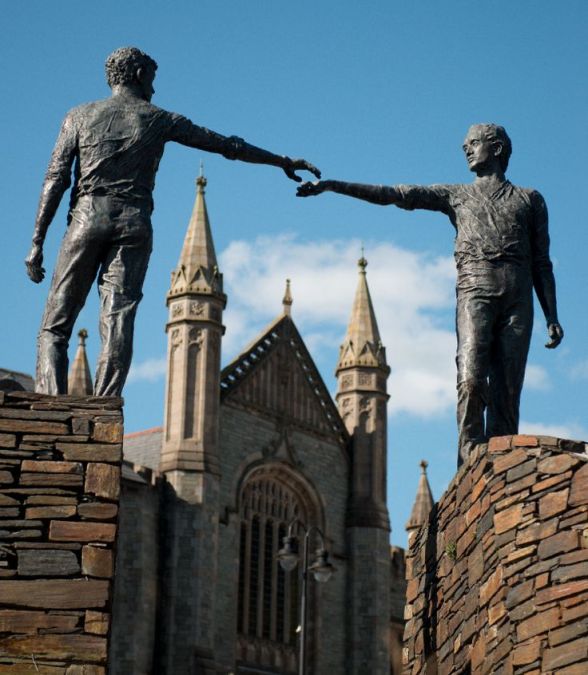 Here’s one that on the face of it, might not normally fit in my blog. I usually rail against the PUP and many loyalist factions and traditions but I always try to give credit where credit is due. David Ervine is one person who deserves that credit and I write that without hesitation, if only to show how similar both sides of the divide in the North of Ireland may be. At the end of the day, I am a firm believer in peace, empathy, and understanding. I also believe that while fundamental change is incredibly difficult, some people can accomplish it. I may be naive, hippy-ish, or simply too far removed from the first-hand experience but I believe David Ervine managed to pull it off.

END_OF_DOCUMENT_TOKEN_TO_BE_REPLACED

Sigh.
Danny Doherty & William Fleming grew up in Derry. They were from Republican families & each followed in their families’ footsteps joining Na Fianna Éireann at a young age, before funneling into the Derry Brigade of the (p)IRA as soon as they were able.
Follow Choosing the Green on WordPress.com